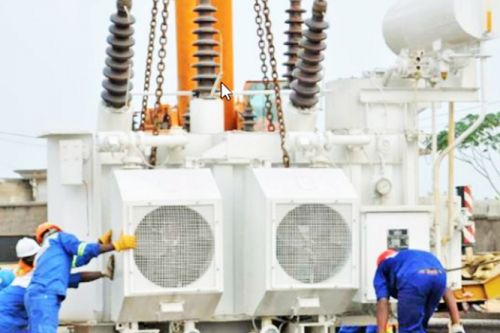 The equipment that left the Port of Douala on March 27, was ordered “six to eight months ago,” the CEO informs. They will be installed in Yaoundé (Kondengui post), at Ahala in the Central region and Limbé in the Southwest.

Both the transformers and the accessories came in good conditions, Mbemi Nyaknga explains adding that they will be installed, in the current week, to boost energy offer in the country, even in the whole Southern Interconnected Grid (RIS). Let’s note that the obsolescence of the transmission infrastructure was the reason for outages and electricity losses. According to electricity utility Eneo’s last yearly report, in 2018, the electricity losses caused by transmission infrastructures was 6.9%.

The three new equipment, made in Turkey, will replace the current 36MVA transformers being currently used. “the capacity is thus multiplied 1.5 fold. It is really important,”  Mbemi Nyaknga commented.

The 3 transformers are part of an order of six. The remaining three will be delivered in July “if the restrictive measures allow,” Sonatrel says.

In Cameroon, the energy transport network is affected by several problems, namely, obsolescence of equipment and transformers, and overloading of conveying lines.