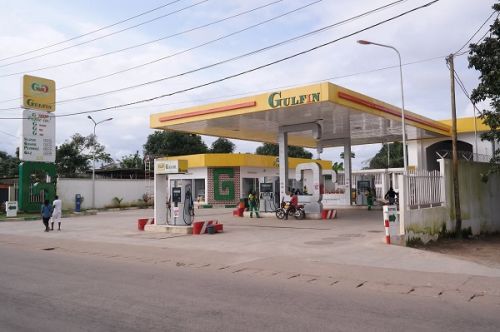 Three executives of the Gulf of Guinea Investment Shipping and Trading Corporation (Gulfin S and T Co) are being held at the Douala Central Prison in the New-Bell district after being named in a shady fuel acquisition deal. The offenders are Dieudonné Iyodi, Marie Christine Soppo Priso, and a certain Nlend, respectively former MD, former Deputy MD, and head of the Transport and Supply Division of this company. Gulfin paid about one billion CFA francs for fuel supplies that were never delivered.

Reporter Théodore Tchopa from the daily Le Jour said the ex-MD, his collaborators, and two other people were the subject of "complaint against X" filed at the Littoral gendarmerie legion on 15 September 2020 by the legal representative of Gulfin S and T Co, Albert Roger Boum, for "breach of trust and complicity in aggravated breach of trust".

The facts date back to June 20, 2019. Indeed, as part of a petroleum product import operation, marketer Gulfin entered into a master supply agreement for petroleum products with Petroleum Energy Gas Corporation (PEG), a trader based in the British Virgin Islands. The agreement is made possible through an agent, the company Delta Consulting Recovery Sarl represented by Pamphile Fonhoue, and Paola Moukouri, a former client manager in a local bank.

This contract was for the acquisition by Gulfin S.A. of 180,000 metric tons (MT) of Diesel Gasoil, and 180,000 MT of Unleaded Gasoline Type (ULP 95), for three years. "The first transaction resulted in the opening of the letter of credit for 4,538,751 euros," reports the complainant. But even though the delivery was not effective, the issuing bank, BGFI Bank SA debited Gulfin's account for an amount of CFA982,484,412.

This payment "was only possible after fraudulent maneuvers skillfully orchestrated by the respondents," according to the prosecution. Specifically, these maneuvers consisted initially "in making Gulfin believe that they will deliver the cargoes of petroleum products ordered before payment. And secondly, they presented “irregular documents and consequently obtained payment, even though the actual delivery of the cargoes, a prerequisite for any payment, had not been made by the offenders", explains Albert Roger Boum.

Let’s recall that Gulfin was founded in 2009 by René Mbayen, a former executive at the National Investment Corporation (SNI) and former Chairman of the Board of Consignment and Logistics of the Gulf of Guinea between 1999 and 2009.