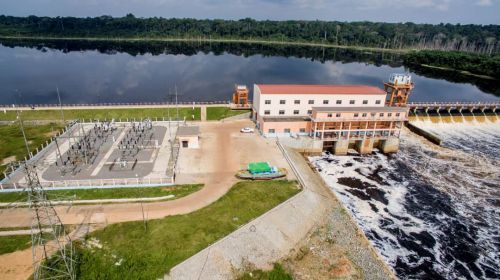 The Mekin hydroelectric power station (15 MW) located in the South Cameroon region, could soon resume service after a shutdown of more than a year. The information was revealed by sources from the Ministry of Water and Energy (Minee).

A source said after the plant was powered up in Q2 2019, a failure of the "neutral point coil" occurred at the Ndjom-Yekombo substation, thus preventing the optimal operation of the plant.

"The Hydro Mekin company has replaced it (the neutral point coil, ed) and technical tests are underway for a commercial commissioning scheduled for January 2021," the energy department informed.

The Mekin power station consists of a 110 kilovolt (kV) power line that will carry the power generated at the country's Southern Interconnected Grid.

The provisional delivery of this infrastructure was carried out on January 21 and 22, 2019. As a reminder, the commissioning of the Mekin power station was announced in 2015. The project is valued at CFA25 billion.

The work has been experiencing problems of various kinds for several years. According to the Minee, this power plant suffered delays related to the finalization of the rehabilitation work of the flooded bridges, the non-implementation of the Environmental and Social Management Program (PGES), and finally, the non-finalization of commercial and legal contracts with other actors in the sector (Eneo, Sonatrel, and Arsel).