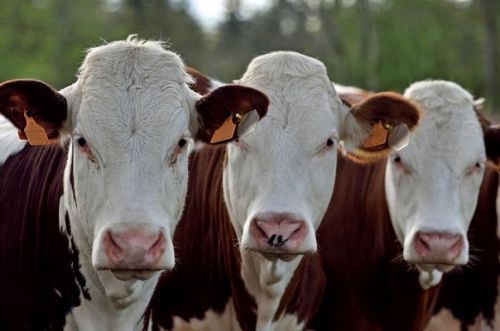 The Cameroonian Minister of Livestock, Fisheries, and Animal Industries (Minepia), Dr. Taiga, took delivery, yesterday in Garoua (North), of 165 dairy cows from France. The animals were acquired by the government through the World Bank-funded Livestock Development Project (Prodel).

They are pregnant heifers of the Montbeliarde breed, whose milk production is estimated at 40 liters per day, according to specialists. The government aims, through this acquisition, to boost local milk production. “We aim to provide national producers with high-performance breeding stock. The animals are intended for all dairy farms dedicated to this sector throughout the country," Dr. Taiga told the national radio. He also revealed that 165 other dairy cows are expected in about ten days. This will be the third contingent of its kind, the first (also composed of 165 cows) having been received in October 2020 still in Garoua.

Official data showed the country has a milk deficit of 120,000 tons per year. Despite recent progress, local production was only 275,000 tons in 2019. To meet the demand, the government spends nearly CFA20 billion each year to import dairy products, creating a deficit trade balance.

According to local media, the cows received were transported for acclimatization to the Louguerre station, in the locality of Guider in the department of Mayo-Louti, before being transferred to the regional capital of the North.

As a reminder, Cameroon previously purchased Holstein-Friesian and Jersey cows from the U.S. and crossed them with the native zebus (FAO data).