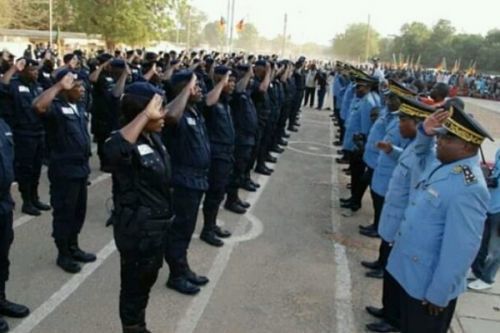 The bill authorizing the President of the Republic to ratify the Agreement on Cooperation in Criminal Police Matters between the States of Central Africa is being reviewed by the national assembly since November 16, 2020.

Signed on September 18, 2015, in Yaoundé, this agreement aims to strengthen the legal arsenal to optimize the fight against cross-border crime between CEMAC countries.

The legal instrument enables the police of each of the six CEMAC countries to handover a fugitive or seized property in one of the signatory States within a short time.

The adoption of this bill by the National assembly will facilitate "criminal investigations as well as circumventing the cumbersome traditional extradition procedure," according to an explanatory memorandum.

An essential tool for securing the CEMAC area and ensuring the exchange of information between the police forces in the member states, the 2015 Agreement contains three main innovations.

First, it formally requires states to surrender an offender wanted in another state. Secondly, it requires that to do so, the wanted notice should be validated by a public prosecutor before the offender is searched by one of the state members of the Central African Police Chiefs Committee (CCPAC).

The third innovation is that unlike what was done in the past, a member state can request the extradition of an arrested individual, even if the latter is not a citizen of the requesting country.

As the country that hosted the signing ceremony of that agreement, Cameroon will set an example in the fight against trans-border crime in the CEMAC region, once the agreement is ratified.