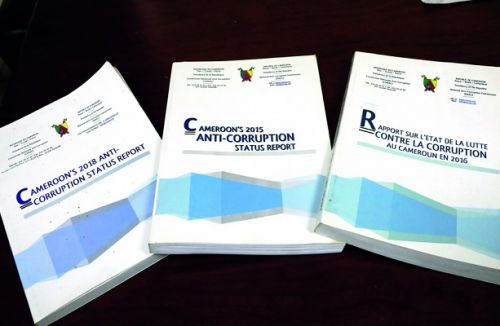 Conac presents the most corrupt administrations in Cameroon

In its 2019 report on corruption in Cameroon (published on December 17, 2020), the National Anti-corruption Commission (CONAC) presented an analysis of 4,482 calls issued by users to denounce corruption practices.

Next comes the Ministry of land affairs where users report various corrupt practices in the processing of administrative files including pension applications. In addition, some users claim that lands are sold to two persons or bribes are paid to municipal officials for the establishment of land certificates.

Created via a decree issued in 2006, CONAC helps fight corruption in Cameroon. The institution indicates that within 10 years of operation, it helped save XAF1,652 billion adding that the performances would have been higher if it had coercive force.

Administrations and the number of calls denouncing them

12 – Others, including the Ministries of Higher Education and Culture, Eneo, and Camwater (66 calls).