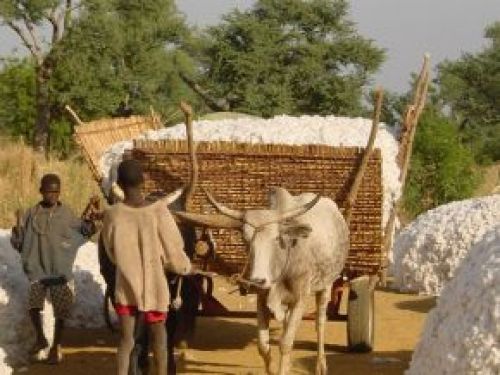 To achieve its 2022 production goal, Cameroon now needs to increase production by 80,000 tons. According to the ministry, the gradual increase in production over the last two years was the fruit of reforms implemented by the new sector management team. Reforms include renovating the rolling stock to reduce transport time from fields to factories, thus avoiding the wetting of the cotton, and rehabilitating the company's production equipment. The strategy helped improve factories’ production capacity from 50% to 90% and yield increased to 1,520 kg/ha, higher than the initial forecasts of 1,220 kg/ha by the cotton development company (Sodecom).

According to the economy ministry, the outlook remains favorable, in particular, because of the measures taken by Sodecoton to improve its competitiveness, such as the launch of transgenic cotton cultivation. Also, the CFA64.3 billion loan agreement signed on 7 April 2020 between the International Islamic Trade Finance Corporation (ITFC)- a subsidiary of the Islamic Development Bank (IDB) group- and the Cameroonian government should enable Sodecoton to finance the next campaigns.