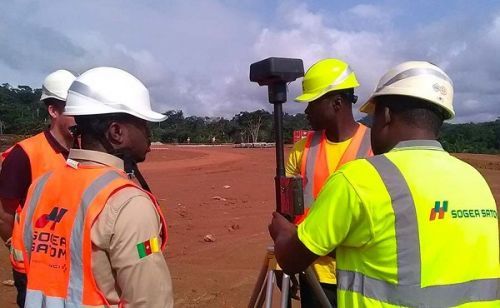 The decision specifies that the security deposit, amounting to XAF7.415 billion, will be used to reimburse administrative expenditures. Meanwhile, the performance bond will be kept by the project owner to cover the potential costs it will incur during the search for a replacement for Sogea Satom.

This decision is issued after the failure and work abandonment notices establishing that Sogea Satom has abandoned the construction site. It also comes after the notice of no objection served by the World Bank as the technical and financial partner of the project, which is part of the Yaounde-Enugu corridor.

The MINTP stresses that discussions concerning claims and potentially due payments will continue based on the April 16, 2021 appraisal of the state of the work.

In 2018, Sogea Satom first decided to abandon the construction works after an attack by armed separatist groups wreaking havoc in the region. It finally stopped the works in January 2021 after some of its equipment were destroyed.

"When the company decided not to work anymore, it served us a XAF4.855 billion claim that we negotiated because we did reckon that its equipment were vandalized," explained Emmanuel Nganou Djoumessi to the government daily Cameroon Tribune. He added that after reviewing the claim, a XAF1.5 billion compensation was submitted to the company, which is still disputing that amount.