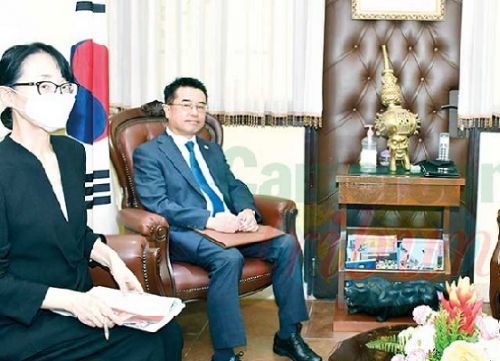 South Korea announced it will disburse CFA4 billion next year to build and equip three digital campuses in Cameroon. The new investment marks the 60th anniversary of cooperation between the two countries. The announcement was made on November 26 in Yaoundé by the Ambassador of South Korea in Cameroon, Jonghan Kim (pictured) on the sidelines of a forum on digital governance.

The project, which will be funded through the cooperation agency Koica, aims to train 4,000 young Cameroonians a year. The campuses will be installed at the National School of Administration and Magistracy (Enam), the National College of Post, Telecommunications and Information Technology and Communication (Sup'Ptic) and the Higher Institute of Public Management (ISMP).

For Cameroon's Minister of Public Service and Administrative Reform (Minfopra), Joseph Le, this project "is a milestone in the administrative reform that heralds the advent of e-Government in Cameroon”.