No, the Cameroonian govt did not quarantine Yaoundé and Douala

Rumors on social media have it that the cities of Yaoundé and Douala have both been quarantined completely for a month. People say the decision was announced by the Prime Minister and the Minister of Health because the populations in the cities do not respect instructions.

This is Fake News. Indeed, the Minister of Public Health, Malachie Manaouda, denied it on 23 March. “I would like to make it clear that no total isolation of Douala and Yaounde is currently on the Government's agenda. This rumor is pure manipulation. If any additional measures are needed in the context of this pandemic, they will be clearly announced,” he tweeted.

Sources at the Prime Minister’s office also denied the info saying if any additional measure is decided, the government will officially announce it. Inter-city transport has not been suspended between the two cities, markets are open at regular hours and workers continue to go to their workplaces. 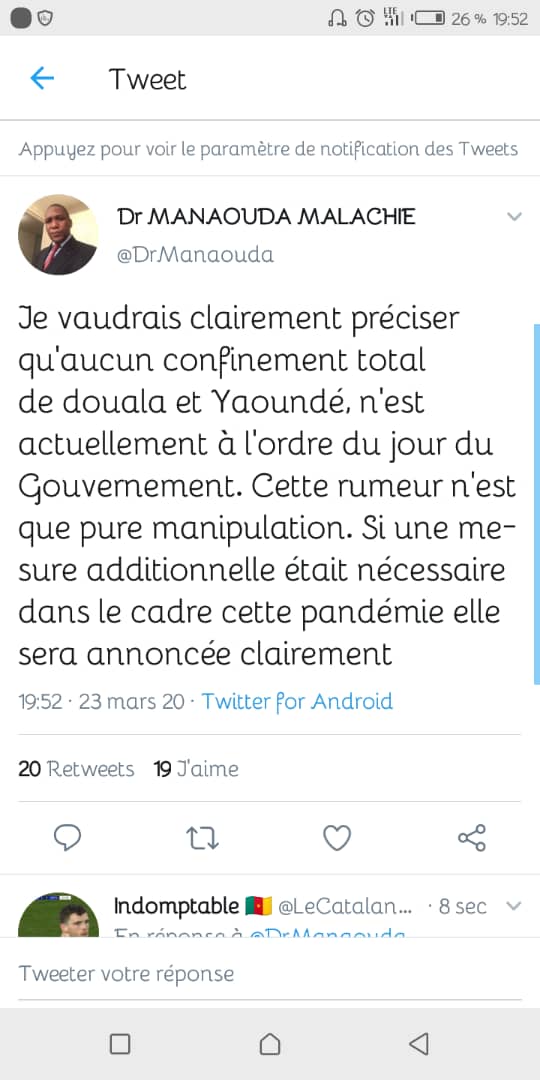