No, the picture below does not show a guy being arrested for not wearing a face mask in Cameroon

In the discussions, some claim that the scene happened in Cameroon, where the wearing of masks has been made mandatory in all public places since 13 April 2020.

This picture was not taken in Cameroon but Nigeria. A reverse image search on Yandex shows the Nigerian websites on which the image is used to illustrate articles reporting arrests made by the Nigerian police. The said websites are Breaking times, Vanguard, and Africa Today.

The oldest publication dates back to May 2017. Another clue that the scene took place in Nigeria is the "RRS" on the vests worn by the police officers in this picture. These letters stand for "Rapid Response Squad." It is a special unit of the Lagos State Police, as you can read on its Facebook page. 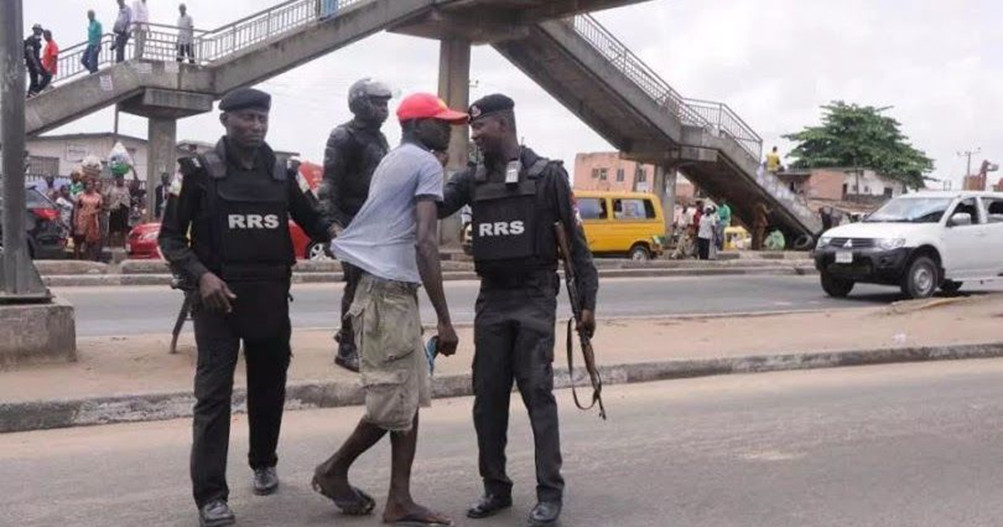