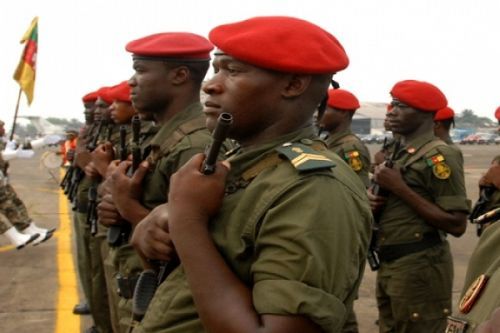 France recently donated military equipment to Cameroon in the framework of military cooperation for the fight against Boko Haram. The equipment was handed over, last May 27, by Colonel Christian Broudin (internal security attaché at the French Embassy in Cameroon) to Brigadier General Housseini Dibo (commander of the first gendarmerie region), representing the Secretary of State for Defense in charge of the National Gendarmerie (SED), Galax Etoga.

These materials are intended to strengthen the operational capabilities and the training of gendarmes on the frontlines of the fight against the terrorist group Boko Haram in the Far North.

According to the French embassy, a cooperation project aimed at training post-attack investigation directors and mobile gendarmerie squadrons is being considered in preparation for the next CAF Africa Cup of Nations Cameroon will host in January-February 2022.

On October 12-24, 2020, France trained 25 agents of the Groupement polyvalent d'intervention de la gendarmerie nationale (GPIGN), a special unit that fights organized crime. They were trained in specialized intervention techniques inherent to the fight against organized crime and terrorism, including hostage-taking in open and closed environments.

Boko Haram's insurgency began in 2009 in Nigeria but it quickly spread to countries of the Lake Chad basin, including Cameroon.

Since 2014, over 322,000 people have been forced out of their homes by the violent acts and abuses perpetrated by the terrorist group, according to Human Rights Watch (HRW). Since December 2020, some 12,500 people have been displaced because of the violence, the HRW reported in April.

To fight the terrorist group, Cameroonian authorities deployed thousands of security and defense forces to the Far North. Residents have also created vigilance committees. Thanks to those measures, the situation “is under control” in the region and Boko Haram seems to be “living its last days,” as Minister of Territorial Administration (MINAT) Paul Atanga Nji declared on February 12, 2021.