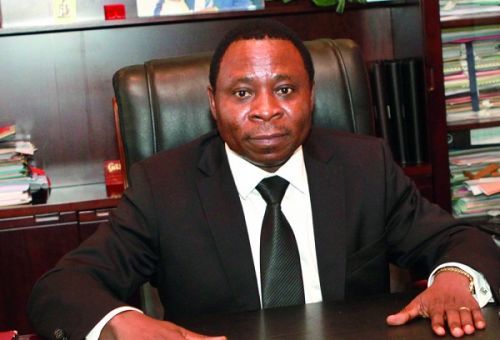 The government will urgently release XAF200 million for electrification work in villages located on the Ebolowa-Aloum road section in the southern region. The promise was made by Minister of Water and Energy Gaston Eloundou Essomba (photo) during meetings held with residents of those areas, at the visit of the interministerial task force to the region. The meeting was as a consequence to the residents blocking the roads to protest against their situation.

The Minister of Water and Energy will supervise the electricity network extension works while the Ministry of Public Works’ regional delegate will ensure the Ebolowa-Akom II-Kribi road axis is effectively paved.

Indeed, the nearly 180-km long road axis has been awaiting paving for about 50 years now. According to the 2020 activity report from the Ministry of Public Works, the construction of this axis should have been launched this year and the estimated cost is XAF179.63 billion.

The inter-ministerial task force made a stop "at each of the villages (about thirty), discussed with residents, and reminded them about the inalienable principles of peace, unity, and respect for republican legality (...) Information drawn from a credible source (Ministry of Public Works’ delegate to the South) claims the equipment to be used for the construction of the Nationale 17 will arrive on the construction spot in mid-October 2021,” a member of the interministerial task force reported after the meetings.

The said inter-ministerial task force was composed of the Minister of Higher Education (Chairman of the ruling party CPDM in the South), the Minister of Water and Energy, the Chairman of the Electoral Council, and the Governor of the region. They organized these meetings to appease residents of the villages surroundings the Ebolowa-Akom II-Kribi.

Indeed, two days earlier, on September 28, the residents blocked roads and removed the makeshift bridges to ask the government to keep its promise to electrify the region and build the road axis. To diapers the crowd, authorities sent in the riot police.