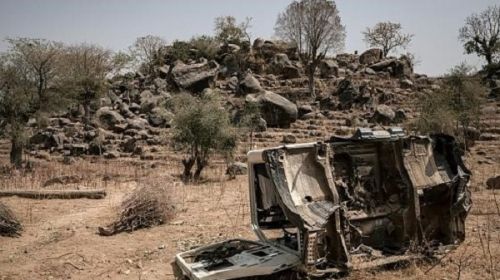 The Cameroonian President will disburse CFA500 million to help protect victims of terrorism across the continent. This was unveiled last week by Prime Minister Joseph Dion Ngute, who represented the Head of State in Malabo for the AU Extraordinary Summit on Terrorism and Unconstitutional Changes in Africa.

"The President of the Republic has instructed me to announce a contribution by Cameroon of CFA500 million in support of efforts to fight terrorism and protect the victims," said the Prime Minister.  PM Dion Ngute also indicated that "Cameroon wishes to renew its unreserved support for the solidarity drive in the face of the multiple crises affecting our continent […] the country also reiterates its commitment to the common African position on the effectiveness of humanitarian action and the operationalization of an African humanitarian architecture whose key players include the African humanitarian agency and the African Standby Force."

The summit has seen $140 million raised to assist displaced persons and refugees. Experts had estimated the overall need at $14 billion.

Cameroon knows terrorism well since its Far North region has long been the playground of the Nigerian Islamist sect Boko Haram. Over one million people in this region are in humanitarian need, according to the UN. The Anglophone regions of the northwest and southwest also face terrorist attacks by separatist militias.