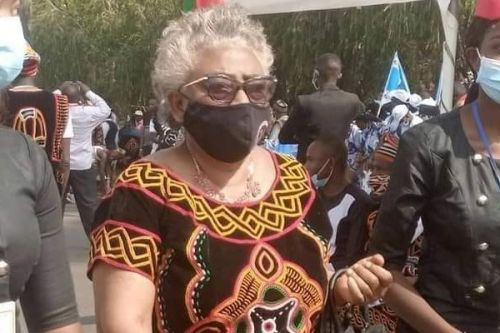 Regina Mundi, a senator of the Cameroon People's Democratic Movement (RDPC), got kidnapped on April 30 in Bamenda, the regional capital of the Northwest region, while she was on her way to attend a wedding. Gunmen abducted her and her driver in a Prado car in the Foncha Street, we learn.

Hours after the incident, the Ambazonia Defense Forces (ADF), the separatist militia led from outside by Ayaba Cho Lucas, claimed responsibility. Capo Daniel, one of the leaders, confirmed the kidnapping. He said they will only let her go if the government releases 75 prisoners who were arrested in connection with the Anglophone crisis. He mentioned Nfor Ngala Nfor, one of the militia leaders.

Separatists also released a video showing the senator reading a message in which she says she is giving up her job to support them. For the time being, the government has not made any comment.

The crisis softly started in 2016 as simple demands by Anglophone lawyers and teachers but turned into a deadly conflict in 2017. According to estimates by the International Crisis Group, the clashes between the army and the pro-independence forces have already left more than 6,000 people dead and displaced more than 400,000.