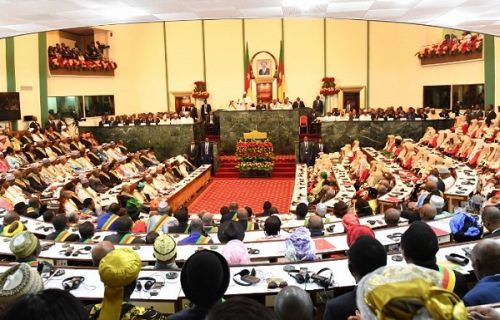 The National Assembly creates a platform for exchanges with the diaspora

The National Assembly created a platform for exchanges with the diaspora -the Network of Parliamentarians: Diaspora, Decentralized, and Cross-Border Cooperation (REP-COD)- following an order signed on April 29 by the President of the National Assembly, Cavaye Yéguié Djibril.

The REP-COD is a framework for permanent exchanges between parliamentarians and Cameroonians living abroad. The objective is “to know and understand their difficulties, help them invest in Cameroon, play a facilitating role between the diaspora and the government for a good mutual understanding.”

According to its president, Louis Henri Ngantcha, an RDPC deputy who has long lived outside the country and is well known for his mobilization actions in France, Germany, Belgium, the Netherlands, etc., “the REP-COD is open to all Cameroonians without exclusion. We are parliamentarians, the representatives of the entire people. The country needs all its children for its emergence, and every Cameroonian must get involved for their country, regardless of their political convictions.”

The diaspora has always complained of a lack of listening and relaying while it is willing to get involved in the development process of Cameroon. An ambition sometimes thwarted by the non-recognition of dual nationality.

The government has, since 2010, granted the right to vote to Cameroonians living abroad, estimated at more than four million by the Ministry of External Relations.

Louis Henri Ngantcha says that the REP-COD will act as a facilitator between the diaspora and the public administration. “We will approve a business firm (which can help in the creation, domiciliation, accounting of companies, management of relations with the tax authorities, monitoring of contracts) to support our compatriots who do not often have the material time to manage their affairs,” he says.

According to WorldRemit, the world leader in money transfer on digital platforms, Cameroonians abroad transferred about CFA173 billion to their home country in 2018. Three years earlier, these transfers amounted to nearly CFA585 billion.