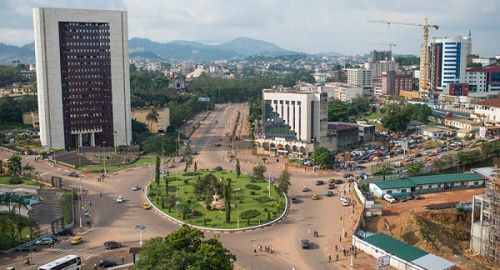 A "crisis management commission" chaired by the Prefect of Mfoundi, Emmanuel Mariel Djikdent, is currently working to resolve the dispute between the mayor of the city of Yaoundé and the mayor of Yaoundé 7, CRTV recently announced.

The said dispute started because several stores being built at the Nkolbisson road junction were demolished by agents of the Yaoundé Urban Community (CUY) on April 22. The images of the said demolitions were extensively shared on social media.

On CRTV, Augustin Tamba, Mayor of Yaoundé 7, explained that he was not informed of the CUY’s plan and that before the launch of the construction works, he notified competent authorities, including the mayor of Yaoundé Luc Messi Atangana.

According to Augustin Tamba, the stores demolished were to host the sellers who are hawking along the public road and at the Nkolbisson road junction. The aim was to bring order in his town where several properties are unauthorized buildings.

"They demolished everything. I am claiming for damages,” said Augustin Tamba, who is threatening to take the matter to the competent courts.

But according to the mayor of Yaoundé, Luc Messi Atangana, these buildings are unauthorized because the technical files were not eligible for building permits since the site hosting the project is public property.

"The stores were built on the roadway and several notices were sent to the person responsible for the site. I was obliged to enforce the law because of the repeated offenses," Luc Messi Atangana says explaining that the stores were destroyed to fight the urban disorder.

This dispute revives the jurisdictional conflicts between the Urban Community and Yaoundé districts. Indeed, last year, Luc Messi Atangana and the mayor of Yaoundé 6, Jacques Yoki Onana, clashed over the construction of stores in the Biyem-Assi district. Some observers see those disputes as political conflicts between clans of the same political party, the ruling party CPDM notably.