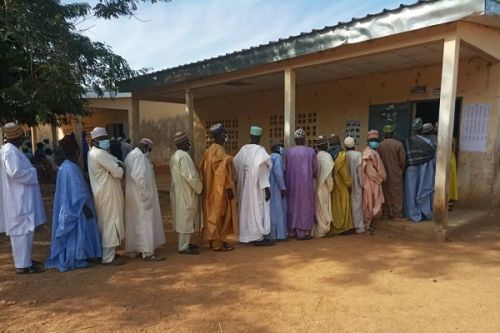 In a statement published a few hours after the December 6, 2020, regional elections, the Minister of Territorial Administration (Minat) Paul Atanga Nji stated that the regional council elections were held in “serenity, calm and tranquility.”

The official, which chaired the organization of that election on behalf of the government, informed that there were no incidents “that could affect the credibility of the election or the validity of the results,” for a few incidents in the Northwest.

The 10,236 municipal councilors and 14,002 traditional chiefs from the two electoral colleges were thus able to visit the 272 polling stations to elect the first 900 regional councilors in Cameroon's history (including 700 delegates from the 58 departments and 200 representatives of the traditional command).

In the framework of that election, the Minat accredited 2,457 election observers. According to the regional supervisory commissions, the ruling party RDPC is the provisional winner. It is followed by the UNDP. As for Cabril Libii's PCRN (which made a breakthrough during the legislative and municipal elections of February 9), it has already acknowledged its defeat and congratulated the winners.

After the post-electoral dispute that is expected for the next few days, meetings will be held for the establishment of regional bodies.

Those bodies will be in line with the special status for the North-West and South-West regions recommended by the Grand National Dialogue held from September 29 to October 4, 2019, to find a definitive solution to the crisis in the two regions.

The Regional Councils will complete the establishment of the institutions provided for in the Constitution of 16 January 1996 which made Cameroon a decentralized unitary State.