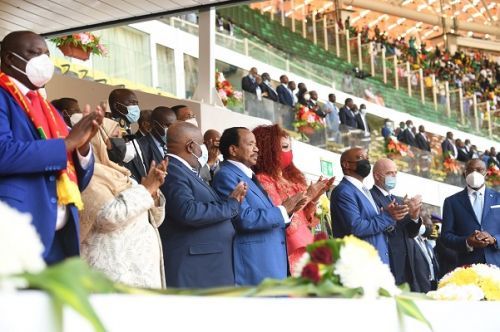 "Thanks to their commitment, talent, and quality coaching, the Senegalese players have brilliantly won the trophy of this unprecedented and hotly contested AFCON," wrote the Head of State in an official letter sent on February 7 to the President of Senegal. The latter stressed that the competition "was organized in the pure tradition of African hospitality" and in "an atmosphere that celebrates the virtues of sports.”

Paul Biya also congratulated Egypt for its qualification for the final, after its victory against Cameroon (during penalty shootouts) in the semi-finals.

"By qualifying for the final, the ‘Pharaohs’ [name of Egypt’s national football team] recorded decent performance during this competition, which involved twenty-four African teams,” reads a letter sent on February 7, by Paul Biya to Egyptian President Abdel Fattah al-Sissi.