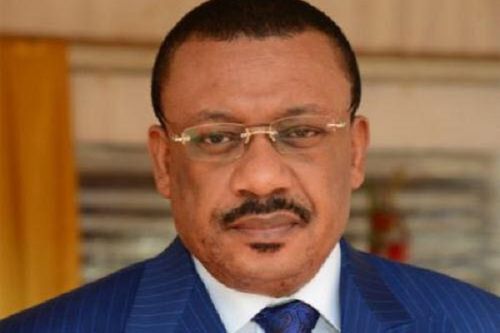 At the June 5 hearing, the representative of the prosecutor general's office to the Special Criminal Court (TCS) asked judges to end the trial against Basile Atangana Kouna (photo), the former Minister of Energy and Water. The information made the headline of Kalara, the weekly newspaper focusing on legal news, in its June 8, 2020 edition.

The former minister is being prosecuted for the alleged embezzlement of  XAF1.7 billion during his time as general director of Cameroon Water Utilities (Camwater), the state-owned water utility company.

According to the author of the article, two years ago, after Belgian businessman Jacques Michel Vivianne Jean Massart refunded the disputed amount, Basile Atangana Kouna and his co-defendant filed a request for a stay of proceedings, per the law governing proceedings before the TCS. The newspaper notes that the decision ordering the stay of proceedings does not refer to the offense of "conflict of interest" otherwise held against the former director-general, just as it ignores the other co-defendants.

Even if the stay of proceedings is confirmed by the court, Basile Atangana Kouna will remain in prison for other cases. Arrested in Nigeria and brought back to Yaoundé last March, the former minister was sentenced on February 7, 2020, to one-year imprisonment for "aggravated clandestine emigration."