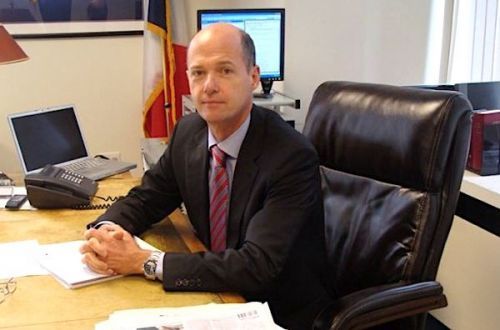 On March 8, 2021, during an audience granted by MINREX Lejeune Mbella Mbella to Christophe Guilhou, the French ambassador to Cameroon, the two officials discussed the situation in the Central African Republic.

"I expressed France's gratitude for Cameroon's wise policy towards the CAR and also for the warm welcome Cameroonians and their authorities have been extending, for a long time now, towards Central African refugees," the French diplomat told the press at the end of the 2-hour long audience.

Christophe Guilhou also revealed that they exchanged their analyses of ‘the UN security council’s discussions about the situation two weeks ago.’

The said situation is the upsurge of violence in that neighboring country resulting from the December 27, 2020, presidential election. The violence forced at least 5,000 people to flee the CAR and seek refuge in Cameroon, the eastern region notably.

So, to stop Central African rebels from taking over Bangui, (CAR’s capital), Cameroon decided to reinforce security in the eastern region where both countries share an about 797 kilometers border.

"The number of refugees is increasing significantly by the day. They include high-ranking Central African officials who fled for security reasons. Also, public work equipment is being taken from the Central African Republic," explained Grégoire Mvongo (governor of eastern Cameroon) during a security meeting on December 20 in Garoua-Boulai, a town located a few miles from the CAR.

Let’s note that apart from welcoming CAR refugees, Cameroon also takes part in the United Nations Multidimensional Integrated Stabilization Mission in the Central African Republic (MINUSCA). For instance, in 2020, it deployed the 7th contingent of 750 soldiers and 86 reservists for that stabilization mission.