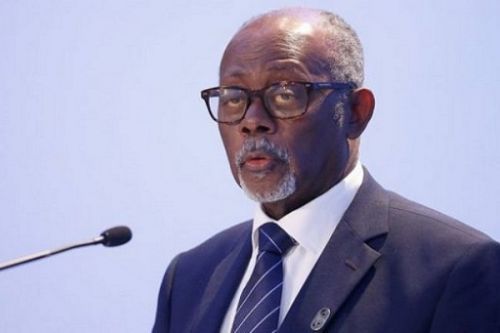 On November 9, 2021, on the sidelines of the COP26 in Glasgow, Scotland, Minister of External Relations (Minrex) Lejeune Mbella Mbella (who was representing the Head of State) called on actors to meet commitments, respect funding access procedures, and compound mitigation with adaptation.

The official explained that over the years, commitments have been taken during the various climate change conferences but there have been made no real efforts to meet them. This situation creates frustration and could discredit “key players in the process.”

The official emphasized that it was urgent to address the unfulfilled commitment situation to increase support in the fight against climate change. "Developed countries and technical and financial partners must respect their commitments. In light of the outlooks in the recent report published by the Intergovernmental Panel on Climate Change, they should consider making more commitment,” he added, concluding that it is crucial to effectively raise the US$100 billion target set in 2015, in Paris.

Also, the official suggests an objective, equitable, and less competitive funding access procedure. The reason for such suggestion is that Cameroon noticed countries of the Southern hemisphere are highly dependent on external fundings while access procedures are either complex or regularly changed.

For the Cameroonian government, streamlining procedures also means eliminating intermediaries between funding windows and countries. The intermediaries should be replaced by accredited national entities, the document points out.

Similarly, the government recommends, "funding dedicated to the sequestration efforts of countries that, like Cameroon, sequester much more carbon than they emit should be higher.”

Convinced that the challenge to contain the average yearly temperature rise to 1.5°C will not be truly successful without the Congo Basin, the country calls for a fair consideration of communities dependent on forest resources.

Finally, "Cameroon considers that it is imperative and urgent to correct the imbalance in the allocation of resources dedicated to mitigation and adaptation.” So, the suggestion is to allocate resources equally to each component instead of 75% of the resources for mitigation and 25% for adaptation as it is currently done.