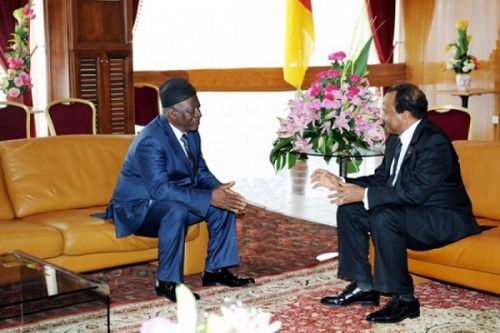 Ni John Fru Ndi, the historic leader of opposition party Social Democratic Front (SDF), recently announced his intention to retire from political life at 80, after over 30 years as the leading opposition figure.

He made the announcement on February 11, 2021, during a press briefing held in his Younde residence. ”.It is time to hand over leadership to dynamic young people with new ideas on how to move political activities and Cameroon," he said.

Obviously, John Fru Ndi will not be a candidate for the presidency of his party during the next congress. For his followers, this news comes as no surprise. "The chairman started handing responsibilities a long time ago. For instance, during the last presidential election, he refused to run as a candidate but he instead supported the candidacy of f Deputy Joshua Osih," explains Parfait Mbvoum, regional vice-president of the SDF in the central region.

The historic opposition figure has been sick for a while.  In 2020 he spent many months in the United States for treatment. "Because of the health issues, the chairman would need to rest," Parfait Mbvoum adds.

During his press briefing, John Fru Ndi did not mention the date his decision will become effective. Officially, the party's elites are keeping quiet about the changes that will occur in the leadership of SDF. According to our sources, the party's National Executive Committee is preparing to organize an extraordinary congress by the end of this year. While the party is yet to conclude on the date and venue of the congress, the new leader of the political party will be elected during the forthcoming congress. A transitional commitee will be set up to prepare the election of a new political bureau, a party official explained.

Presented as the most "intrepid" of the political challengers in Cameroon, Ni John Fru Ndi created the SDF in 1990. Under his leadership, this party obtained 36% of the votes in the 1992 presidential election against 40% for Paul Biya's CPDM.

However, the party’s influence in the 1990s gradually decreased. From 43 in 1996, the number of its officials elected as representatives in the national assembly dropped to 5 deputies in the February 2020 elections.

Following by internal issues, loss of political strongholds to the ruling party, hard hits by the anglophone crisis and the creation of opposition party MRC, SDF is steadily losing its influence.

Nevertheless, the outgoing leader hopes he would change that narrative before leaving. Hence the constitution of the "Commission Action” in December 2020, under the leadership of MP Jean-Michel Nintcheu. This working group is expected to prepare a strategy aimed at helping the Social Democratic Front regain its waning influence.