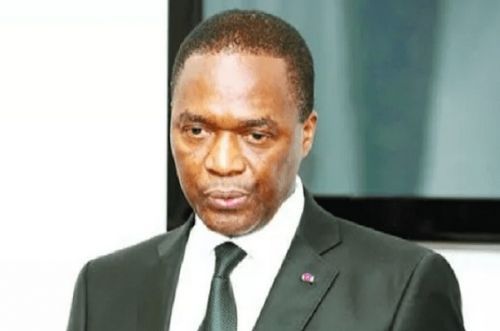 Cameroonian authorities have initiated meetings with transporters to hear the concerns they have been expressing recently. The outcomes of these meetings, coupled with the results of many investigations, have prompted the Minister of Defense Joseph Beti Assomo (pictured) to instruct his colleague of Territorial Administration Paul Atanga Nji to deploy the necessary measures to make the life of transporters easier on the Douala-Maroua road.

Let’s note that this letter was leaked on social media while transporters on the Douala-Ndjamena corridor protested last weekend. They blocked the eastern exit of the city of Douala on Saturday, April 9, because they were fed up with "all kinds of harassment," according to MP Cabral Libii who tried to meet them.

"While the transporters blame the Defense and Security Forces, Mindef points the finger at the administrative authorities. No matter what, everyone is to blame,” said a source close to the case. According to the World Bank, the Douala-Ndjamena corridor "accounts for 35% of the GDP of the two countries and serves 20% of the population of Chad and 35% of that of Cameroon.”