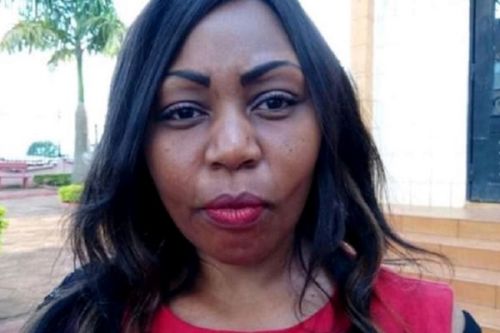 She was preferred over David Kengne, her comrade from the ruling CPDM, who is finally elected as the first deputy mayor. It took Edouard Akame Mfoumou, a former minister and representative of the presidential party, a great deal of diplomacy to get the new mayor (who was till then the first deputy mayor) elected after Emmanuel Chatue, head of the Canal2 International TV station, withdrew from the race.

A few hours before the vote, some Bandjoun residents supporting the candidacy of Emmanuel Chatue organized rallies to protest against "dynastic succession" or succession "by mutual agreement." Despite those rallies, Nicky Love Maptue Fotso has become the first woman mayor of this municipality at 43.

She is replacing her father Victor Fotso, a wealthy businessman who built one of the largest industrial empires in Cameroon. A politician and a great sponsor of the CPDM, he was first elected mayor of the commune of Pete Bandjoun in 1997. Since then, he has been elected as such even during the municipal elections of February 9, 2020.

He donated the Bandjoun University and Technological Institute to the State and built the town hall of the commune with his funds (about XAF1 billion). The patriarch died on March 20, 2020, in a hospital in Paris after a short illness but his remains have not been repatriated yet.