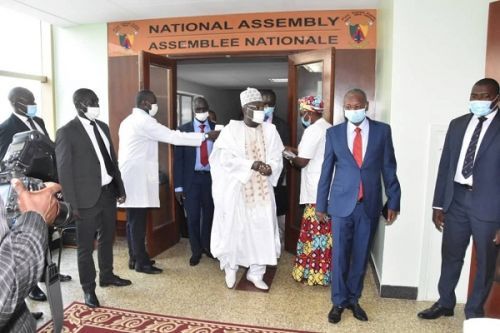 The parliament resumed its session on Friday, March 11, 2022. At the national assembly, the session was opened by the two youngest elected officials but they cannot lead discussions. They can only organize the elections of new bureau members.

After that step, the National Assembly can be fully operational. Then, debates on social issues are expected. The issues to be debated include the month-long public teachers' strike. Some elected officials have spoken out on the issue, and the Cameroon Party for National Reconciliation (PCRN) has already announced that it will request a parliamentary commission of inquiry into the teachers' demands.

Sources at the national assembly also inform that the Minister of Water and Energy could be questioned on the resurgence of power outages in most cities of the country. The Minister of Commerce could also be asked to explain the reasons for the increase in the price of basic food products.

In addition to those concerns, which will be discussed during special plenary sessions and oral questions to government officials, the deputies will consider and vote on laws passed by the government.

A document leaked to social media indicates that the deputies will be called to authorize or ban the President of the Republic from ratifying an amended framework agreement for the creation of an International Solar Alliance.