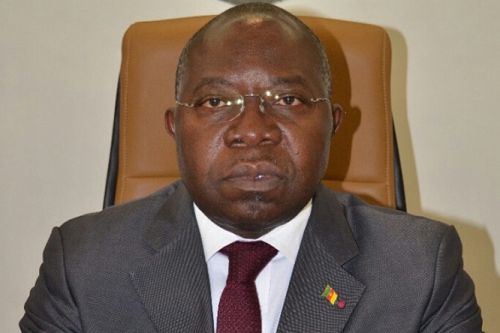 In a message dated May 13, 2020, the Minister of Decentralization and Local Development (Mindedevel), Georges Elanga Obam (photo), indicates to all 58 prefects of Cameroon the measures to be taken to enforce the compulsory wearing of masks in all public places.

The message encourages mayors to issue municipal decrees sanctioning the non-compliance of the compulsory facemask wearing.  "The amount of the fine to be paid by offenders, under the General Code of Decentralized Local Authorities, must be between XAF500 and 2,000,"  the Mindedevel writes. He also specifies that the municipal council must be involved in the decision on the decree to make it legal.

This message is a response to the directives issued by the Prime Minister Joseph Dion Ngute on May 7. That day, the Prime Minister asked the Mindedevel "to initiate a reflection on the possibility for mayors or municipal councils to issue decrees or deliberations sanctioning the failure to wear face masks in public spaces within their territorial jurisdiction.”

He made this suggestion because, after the measures taken on 30 April by the President of the Republic to soften the coronavirus preventive measures, the majority of the population abandoned the masks.

Speaking to the press on May 13, the Minister of Communications (Mincom) René Emmanuel Sadi noted that these measures were favourably received by the vast majority of Cameroonians. But he deplored "the erroneous interpretation that a large part of our fellow citizens seems to give of these relaxation measures."

"This interpretation translates from day to day by a relaxation of constraints essential to the protection of each and everyone and by the non-application of barrier gestures," he added. This means that, almost everywhere in cities, people now believe that wearing face masks in public places has ceased to be mandatory and has become optional.