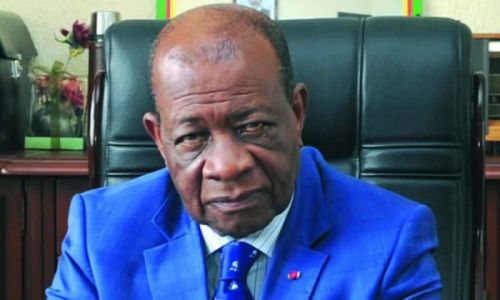 Embassy of Cameroon in France: The DGSN investigates shenanigans in the delivery of passports

A video showing the existence of a Paris-based licensed and sworn firm that facilitates the obtention of Cameroonian passports at a cost of CAFA195,000 went viral on social media. This amount does not include the official fees payable for the issuance of a passport.

On June 17, 2020, the General Delegation for National Security (DGSN), headed by Martin Mbarga Nguele (photo), reacted to the video with a briefing note. "Since last week, an investigation has been underway to unravel the full story behind this case making waves,” the note informs.

"This traffic is flourishing because of the difficulty, which has been going on for many months, to obtain a passport in the consular services of the Cameroonian embassy in France," explains a Cameroonian who permanently resides in France. According to this user, the press release issued, on June 17, by the Cameroonian consul general in Paris suspending until further notice "the issuance of special slips to users" is an admission to the existence of this traffic.

Let’s note that Cameroonians residing in France are not the only ones experiencing difficulties in obtaining passports. Even in Cameroon, it constitutes the cross and the banner.

Even the DGSN acknowledges that. The institution speaks of disruptions in the production of passports since the beginning of this year. It explains that it is due to "a change of operator." "Internal measures have been taken to resolve the situation of all pending passports, including the so-called diaspora cases," the note reassures.

The DGSN announces that a new operator will soon be selected, enabling this situation to be formally resolved, "especially since a shortlist of operators has already been drawn up." "Moreover, soon, a hyper-secure computer system will be put in place to make obtention of passports easier, whether online or in person," it continues.