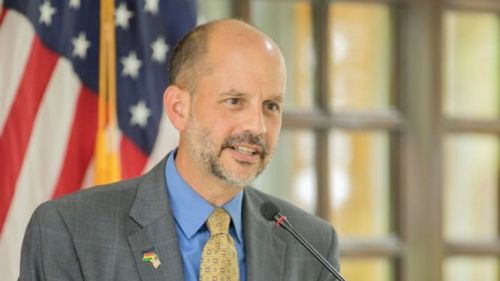 US Senate Confirms Christopher John Lamora as US Ambassador to Cameroon

The US senate confirmed last December 18 the appointment of Christopher John Lamora as the new US ambassador to Cameroon. The information was reported by several media, including CNN.

Before this confirmation, the human rights expert was nominated last April by President Joe Biden to replace the former Ambassador Peter Henry Barlerin, who ended his tenure last July.

In June 2021, Christopher John Lamora had his hearing before the Senate to confirm the nomination. The process took longer than usual due to the Republican-led blockade on the thirty ambassadors proposed by the Biden administration, according to CNN.

Ambassador Lamora is expected to arrive in Yaoundé soon and present his letter of credence to the Cameroonian Head of State.

As a reminder, before his selection as head of the diplomatic mission in Cameroon, Christopher John Lamora was Deputy Chief of Mission at the U.S. Embassy in Accra, Ghana. He also served as Acting Deputy Assistant Secretary of State for Central Africa and previously served as U.S. Consul General in Douala, Cameroon.