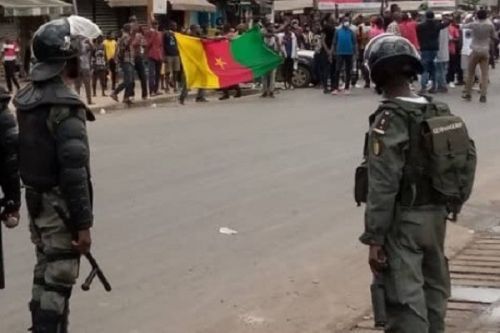 The Fraser Institute's seventh edition of the Human Freedom Index (HFI), released last December, reveals that human freedoms had declined in 82 countries around the world in 2019. One of those countries is Cameroon, which lost two places being 145th out of 165 countries ranked worldwide. Its score was 5.63 out of 10.

In Africa, Cameroon was ranked 39th and in the CEMAC region, it is the second, behind Gabon (104th in the world and 18th in Africa) and ahead of the Central African Republic (40th in Africa), Chad (43rd in Africa), Congo (44th in Africa).

Between 2018 and 2019, Cameroon did not improve nor recede in the majority of the 82 indicators considered for the HFI ranking. It regressed by 1.6 points in freedom of expression, scored poorly in freedom of journalists and civil society. Also, the public demonstrations banned by the government worked against Cameroon in the ranking.

Fraser Institute nevertheless notes some improvements. This is the case for media freedom, although Cameroon's progress in this area is only 0.4 points higher. It is also the case for Internet freedom and freedom of religion.

Despite those improvements, Cameroon has remained at the lower side of the ranking even scoring below the 7.12 world average. In the world, Scandinavian countries, New Zealand and Canada are at the top. Cabo Verde is first in the African continent and 36th in the world with a score of 8.70. Its score is above the African average. The same can be said of Mauritius, 2nd in Africa and 46th in the world with 8.01 points.

The HFI has been measuring individual, economic and human freedoms around the world since 2008 by assessing the quality of these freedoms on a scale of 0 to 10. According to the Fraser Institute, the ranking takes into account 98.1% of the entire world population.