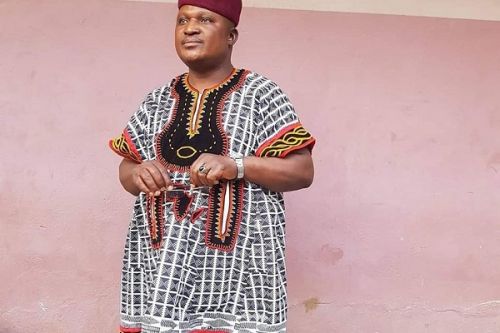 The family of Fung John Ngum (pictured) is still without news of him. On the morning of Wednesday, January 20, 2021, this journalist was kidnapped in the Ntarikon neighborhood in the northwestern city of Bamenda while on his way to Ndefcam Radio where he works as co-host of Press and Associate, one of the radio station's flagship programs.

According to his colleagues, his captors (unidentified armed men) arrived on motorcycles. In a statement issued yesterday, the Cameroon Association of English Speaking Journalists (CAMASEJ) -to which he belongs- condemned this "suspicious" kidnapping and called for his "immediate" release. "CAMASEJ considers this kidnapping as a new aggression against press freedom and the right of media professionals to practice without fear, threats, and molestation," said Jude Viban, President of CAMASEJ.

The modus operandi of the kidnappers has similarities with the practices of armed militias with separatist ideals, a colleague of the kidnapped journalist said. But up till this Thursday morning, the abduction of Fung John Ngum has not been claimed by any of these armed groups.

In the northwest and southwest regions, journalists have often been targeted by both sides in the conflict. "Journalists are not part of the ongoing conflict in the two Anglophone regions of the country, and therefore should not be targets of any kind," said Jude Viban.

On February 21, 2019, the journalist Macmillan Ambe Awa, a member of CAMASEJ, was kidnapped by the armed wing of the secessionist movement called "Ambazonia". His kidnappers accused him of having carried out programs to encourage parents to send their children to school, instead of respecting the school boycott motto launched by the separatist rebels. He was later released in exchange for a ransom.