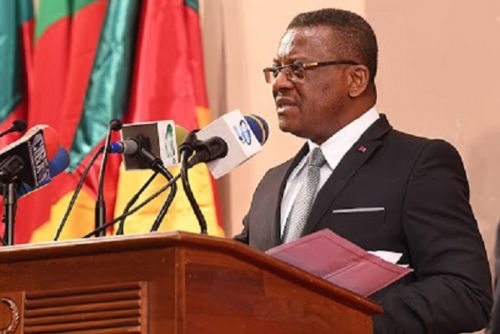 In Cameroon, the restrictive measures against the spread of the coronavirus will," from now on, be applied with the utmost rigour and offenders will be punished," Prime Minister Joseph Dion Ngute promises.

Yesterday, March 24, the Head of Government chaired a meeting of the Inter-Ministerial Committee set up to evaluate the implementation of the measures. During the meeting, the official denounced some Cameroonians’ "acts of indiscipline, recklessness and even unconsciousness” in recent days. According to him, those acts could strongly contribute to the spread of the virus.

Five of the 13 measures, enforceable since March 18, are "unfortunately not being respected by a very large number of our compatriots," he adds. Those measures are the "systematic" closure of pubs and recreational areas at 6 p.m every day, the ban on gatherings of more than 50 people, and the prohibition of overloads in public transportations.

There is also the regulation of consumer flows in markets and shopping malls as well as the hygiene rules and social distancing measures laid down by the World Health Organization.

Therefore, he instructs administrative, municipal and law enforcement authorities “to strengthen controls and to take all necessary and useful actions to ensure that the measures prescribed by the Head of State are respected by everyone, everywhere.”

Let’s note that Article 260 of the Cameroonian Penal Code punishes with imprisonment from three months to three years "anyone who, by his conduct, facilitates the transmission of a contagious and dangerous disease."

To stop the spread of Covid-19, a viral pandemic that has infected 70 people and caused the death of one in Cameroon, the government issued a set of measures on March 17, restricting contacts and movements among the population.

For the time being, no partial or total containment has been decided by the Head of State, Joseph Dion Ngute says.

No, governor Mahamat Tolli has no social media account
No, ENEO’s MD Eric Mansuy has neither a Twitter nor a Facebook account
No budget line was set in the 2021 finance law for President Paul Biya’s donations to citizens
No, the UN Security Council did not discuss military intervention in Cameroon during its December 2020 meetings