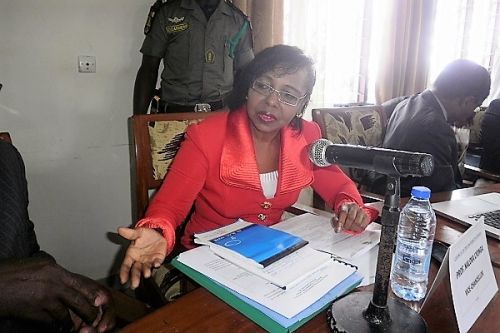 Cameroon's minister of secondary school (Minesec), Nalova Lyonga, denounced the negligence of the services of the Ministry of Public Service and Administrative Reform (Minfopra) in handling the case of Hamidou, a high school teacher who died last March 8 after 10 years of working without integration and salary. In a letter sent to the Secretary-General of the Prime Minister's Office last March 22, Minesec said her department "had accomplished all the tasks assigned to it in terms of processing the integration file in general and particularly for the case of Hamidou” but no follow-up was given to the case.

"It is unfortunate that weeks later we are still talking about this issue,” Minister Nalova Lyonga said. The integration file was reportedly submitted to Minfopra on July 13, 2012. Although Minfopra denies any negligence, it is reported that the department signed the deceased’s integration file last February 24, even though the teacher took service on August 29, 2011. As a reminder, Minister Nalova Lyonga had denounced the negligence of her colleagues in the context of the ongoing crisis in the corporation of teachers. On March 10, during a press conference initiated by the President of the Republic, Minesec stressed the slowness in processing the integration files of teachers who graduated from the country's teacher training colleges.