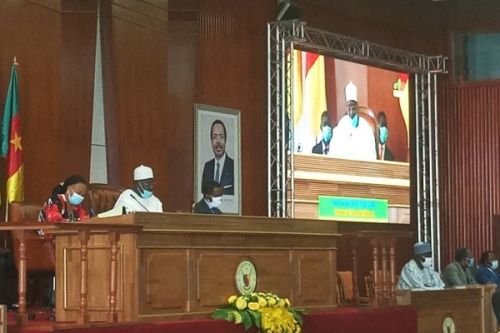 According to the communiqué issued by the Secretary General of the National Assembly, Gaston Komba, this special plenary session aims to modernize and enhance the value of traditional medicine to make it a complementary support to the national health care system.

“This will be an opportunity to assess the major results of traditional medicine, its potential economic impact and the prospects for its development,” said Gaston Komba. The Assembly's approach therefore appears to be “a plea to put an end to the marginalization and stigmatization of traditional medicine and to make it a tool for the development of the health sector,” he added.

The initiative comes in the midst of the Covid-19 pandemic, which had brought traditional medicine out of the rut. Indeed, many traditional healers have come up with herbal therapies known to be effective against the coronavirus. An example is Archbishop Samuel Kleda, Metropolitan Archbishop of Douala, who claims he has already treated more than 3,500 patients.

The World Health Organization estimates that about 80% of people living in rural areas use traditional medicine. “We sometimes help modern medicine in public and private hospitals. We have helped doctors to deal with cases in which they seemed powerless,” says a traditional practitioner.

Despite these achievements, there are still critics who point out shortcomings related to the diagnosis or the lack of control over the side effects of traditional medicines. To remedy this, the Department of Pharmacology and Traditional Medicine of the Faculty of Medicine and Biomedical Sciences in Yaoundé organized a seminar in 2019 to teach traditional medicine professionals how to make improved traditional remedies that could obtain marketing authorization.