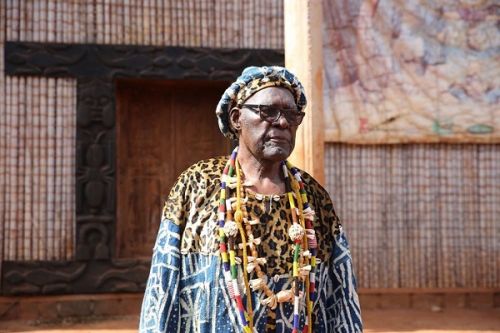 The association of Bamilékés traditional leaders Le Laakam recently took a stand on the conflict between Jean Rameau Sokoudjou (traditional ruler of the Bamendjou community) and Yampen Ousmanou (prefect of the department of Hauts-plateaux in the Western region).

On January 21, 2021, the association published an open letter to express its indignation against "a civil administrator who wants to muzzle Grassfields residents."

"We warn you against any attempt to muzzle a sitting traditional ruler and promise a proportional response if you insist in your attempts to intimidate and suppress the freedom of expression of traditional authorities not subject to political powers in place," le Laakam writes.

Le Laakam published the open letter after a call to order sent, on January 19, 2021, by the prefect of the Hauts-plateaux department to Jean Rameau Sokoudjou. Indeed, on January 10, 2021, the traditional ruler was featured on Equinoxe TV program "La Vérité en Face" (Truth in Face) discussing the anglophone crisis and criticizing the government’s management of the crisis.

Those criticisms were the reasons for the prefect’s call to order.

In his correspondence of January 19, Yampen Ousmanou lectured the traditional ruler.  "Despite my warning [...], you are still violating regulatory texts through statements that could jeopardize the stability of republican institutions and the legitimacy of the people embodying them," the administrative authority wrote.  "Any new cybernetic or untimely media release from you, in contempt of the laws and institutions of the republic, will expose you to the rigor of the law," he added.

This is not the first time Jean Rameau Sokoudjou is opposed to the administrative authority. In July 2020, for instance, the prefect reprimanded the traditional ruler for organizing and presiding an undeclared public consultation "in violation of Law No. 054 of December 19, 1990".

Aged 81, Jean Rameau Sokoudjou spent 68 years as chief of Bamendjou, a second-degree chieftaincy.  He is one of the few monarchs who criticize the Yaoundé regime and is suspected of acting for opposition party MRC’s creator Maurice Kamto, a native of Baham. Although he denies affiliation to any political party, his statements and press outings make him appear as a sympathizer of opposition parties.