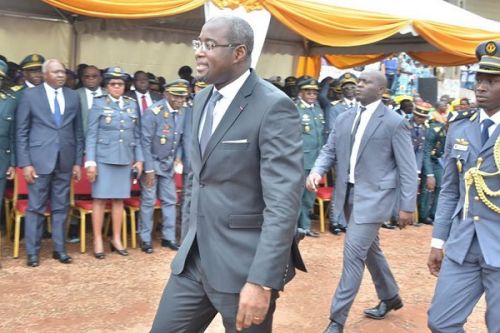 Security: the Secretary of State for Defence alerts about terrorist threats in large towns and settlements

A message dated June 24, 2020, from the Secretary of State for Defence in charge of the Gendarmerie (SED) Galax Etoga informs the commanders of the 10 legions of the gendarmerie about "threats of terrorist attacks in major cities and localities" in Cameroon.

Galax Etoga notes that "the analysis of the overall security situation and recurrent information reveals terrorist inclinations in major cities and towns." The SED believes that these threats could result in increased use of improvised explosive devices in popular places.

As an anticipated response to these threats, the SED prescribes an intensified search for predictive intelligence, by focusing the search primarily in prisons and on cab drivers. The SED thus recommends tightening control measures at the entrance of various cities by checking users’ identity and conducting systematic searches.” He also orders the "intensification of day and night patrols, cordoning neighbourhoods off for searches.”

Galax Etoga invites heads of the regional gendarmerie units to assist "administrative authorities in their efforts to identify cab drivers operating illegally." These actions must be carried out in a transparent manner and with respect for human rights.

Let’s note that on the night of June 20 to 21, 2020, two improvised explosive devices exploded in two neighbourhoods in Yaoundé. Because of these explosions, on June 22, the General Delegation for National Security (DGSN) rolled out security arrangements via a message dispatched to chiefs of police units in the Central region.