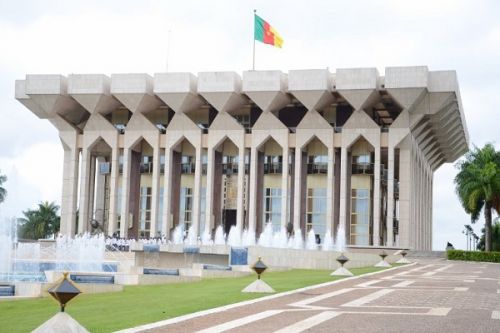 Recently, a document entitled "The Great Northern League abandons the CPDM for the CRM," was published. The document is unsigned and has so far not been officially claimed by anyone.

At most, we know that "some former ministers, senators, deputies, university professors, economic operators, students of the Far North have put aside their ideological, religious and regional differences to reflect on the future of this ‘greatly marginalized’" Great North. The Great North being referred to includes the Adamaoua, the North, and the Far North. Taken together, these administrative units represent more than a third of the electorate and contributed over 40% of the votes that elected President Paul Biya during the last presidential election.

According to Guibai Gatama, owner of the regional newspaper L'oeil du Sahel, the document expresses real and well-known problems of this part of Cameroon. For example, the League indicates that for ages, the region has been without a reference hospital. This is indeed true while the South has two. Similarly, the league denounces the current state of road infrastructure in the region and the "age-old ills" such as underdevelopment and illiteracy.

The document then calls for the freezing of the tacit political alliance with the ruling power and the initiation of discussions with the CRM. In that regard, it appointed four personalities who have been tasked to launch talks with the CRM for power conquest and sharing.

According to some people, this document is from the CRM since it was published by Le jour, a daily which does not hide its support for the CRM and Maurice Kamto.

"Had this document come from actors of the Northern region, it would have advocated an alliance with regional parties, not with a party that is supported by just a minority of residents of our region,” said an observer of the political scene in the Northern region.

In its edition of April 29, 2020, L'œil du Sahel presented fifteen personalities of the Northern region and all of them indicated that the document was a dirty trick. Some of them even reveal that they do not know of the existence of that “Ligue du Grand-Nord” which is the supposed author of that document. Others said they only read about the document in the media.

Abdoulaye Ado, a well-known political actor, said this document is "a political move by the CRM and the party must take responsibility for it.”

The instrumentalization of the CRM

"The Northern region is capable of charting its course and it does not need a guide to do so,” comments Bello Bissadou, president of the Association of Traditional Chiefs of Mayo-Tsanaga.

The National Secretary for Communication of the UNDP, an opposition party allied to the CPDM, said: "it seems complicated to me to leave someone who has the power to ally with for someone who is looking for it without being sure of having it."

Adder Abel Gwoda, a teacher at the University of Maroua, qualifies the document as a "skillful fake memorandum." Moreover, an MDR activist says that "the Great North is neither looking for an enlightened leader nor a messiah."

Even at the CRM, the party many point to as the author of the document, some militants acknowledge that it is a fake but, they instead say that it was written by some of CPDM’s militants because of “reshuffling rumors.” “The CRM’s republican struggle should not be instrumentalized,” one of the militants warns.