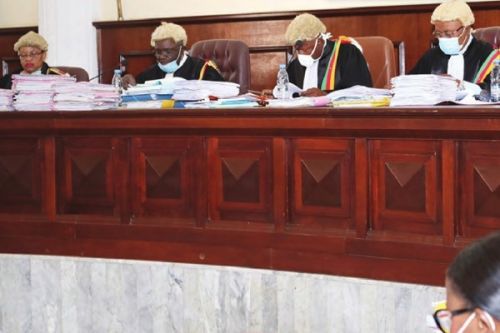 The Administrative Chamber of the Supreme Court recently deliberated new cases related to the post-election litigation in the framework of the 2020 municipal elections. On September 29, 2020, it annulled the election of Hamadou Hamidou as the mayor of Marou 1st.

This decision confirms the judgment passed on March 17, by the administrative court of the Far North in favor of Mr. Issa Balarabé Youssouf of the Cameroon People's Democratic Movement (CPDM).

"The elected mayor colluded with some municipal councilors (especially those of the opposition) to be elected. Although they have not nominated a candidate, their actions and behavior sufficiently prove the corruption of the voting process. Those actions harmed the credibility of the voting process,” Issa Balarabé Youssouf wrote in his request.

In Bafoussam 1 (in the Western region), the Social Democratic Front (SDF) won its case against the CPDM. The administrative chamber of the Supreme Court confirmed the victory of Cyrille Ngnang as mayor of the municipality.

During the September 25 hearing, the Administrative Chamber of the Supreme Court also canceled the annulment of the election of the mayors of Bot-Makak in the Central Region, Benakuma in the Northwest Region, Betaré-Oya in the Eastern Region, and Foumbot in the Western Region.

According to the state-owned daily Cameroon Tribune, the election of these mayors was annulled by the administrative courts at first but the appeals lodged were later deemed admissible and justified.

During the same hearing, 23 other appeals for annulment filed by various political parties were rejected after being deemed "inadmissible" for "failure to comply with formal rules.”

The petition of the National Union for Democracy and Progress (UNDP), which demanded the resumption of the election in several districts was also rejected. The same applied to the appeals lodged by operations in several electoral districts. The same was true for the appeals of the Cameroonian Party for National Reconciliation (PCRN) and the United People for Social Renovation (PURS).