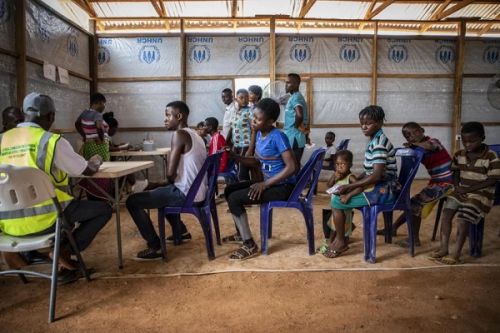 Cameroon currently has more than 700,000 internally displaced persons (IDPs) as a result of the socio-political crisis in the Anglophone northwest and southwest regions, according to the February 2021 United Nations Office for the Coordination of Humanitarian Affairs (OCHA) Humanitarian Situation Report No. 28. The document indicated that this number would have been even higher if more than 360,000 IDPs had not returned home.

The UN Office of Humanitarian Affairs also counts more than 63,000 Cameroonians as refugees in neighboring Nigeria due to fighting between the army and secessionist militias since 2017. Refugees and IDPs are not the only ones impacted by the conflict. According to OCHA, a total of more than 3 million people are affected, and a little more than 1 million need assistance.

"The situation in the North-West and South-West regions remained dire in February with continued violence and targeted attacks. The population remained trapped between the parties of the current crisis. Cases of harassment of the local population by the conflicting parties were reported in many communities," the report said. However, the report notes that "the security situation in schools is relatively calm compared to previous months.

The socio-political instability in the North-West and South-West regions was born in October 2016 from the demands of lawyers and teachers who asked for a reform of the anglophone educational subsystem. These demands were taken up by secessionist extremists who subsequently demanded the creation of a new state (Ambazonia) that would be born from the reunion of the Northwest and Southwest regions. This was despite corporatist demands that were largely met by the government.

In 2017, armed groups launched their first attacks against the population and the defense and security forces. Since then, the conflict has resulted in thousands of deaths. Despite calls for a cease-fire, the separatists continue to attack.