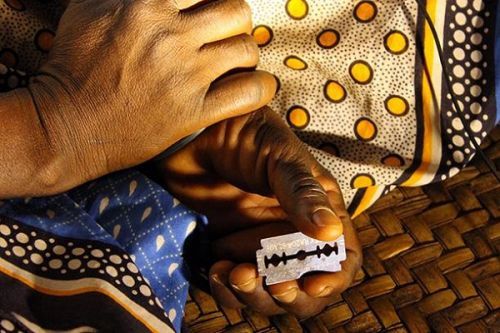 The government of Cameroon is giving a new impetus to the fight against female genital mutilation (FGM). To celebrate the International Day of Zero Tolerance for Female Genital Mutilation on February 6, the Minister for the Promotion of Women and the Family (MINPROFF), Marie Thérèse Abena Ondoa, met with the heads of these anti-FGM committees in Yaoundé to remobilize them. She reiterated the government's aversion to the practice, which is seen as an attack on the human rights of women and girls, and called for joint efforts to end it.

"Sexual mutilation exists and we must work together to eliminate it because it is an atrocious practice that has no justification and instead causes harmful consequences on women's lives, including difficult childbirth, obstetric fistulas which are a very dehumanizing complication for women and exclude them from society," she said.

Kits were given to the local committee as part of the fight against FGM in Yaoundé II. The meeting also enabled the various actors to discuss awareness-raising, advocacy, psychosocial support and victim follow-up activities.

These actions will continue in the other regions, the official reassured. The objective is to put an end to this harmful practice that affects many girls and women in the country. According to official statistics, the prevalence rate of FGM, and mainly excision, is 1.4% throughout the country and 20% in the focus areas (Far North and Southwest). FGM covers all procedures including the total or partial removal of the external female genitalia and/or the injury of the female genital organs for cultural or other non-therapeutic reasons.

Women and girl victims routinely endure physical suffering, often compounded by emotional trauma and subsequent medical complications as a result of infection of their genitals or other reproductive organs. Infection and major bleeding can lead to chronic deficiency and even death. In 2011, Cameroon developed an Action Plan which aims to strengthen the detection of the risks of excision, train professionals and raise awareness of the practice in society.

The country is also a signatory to numerous international legal instruments that guarantee and protect the rights of women and girls, including the Convention on the Elimination of All Forms of Discrimination against Women (CEDAW), the Convention against Torture and Other Cruel, Inhuman or Degrading Treatment or Punishment (CAT), and the United Nations Convention on the Rights of the Child (CRC). The practice of FGM is punishable by 10 to 20 years in prison.