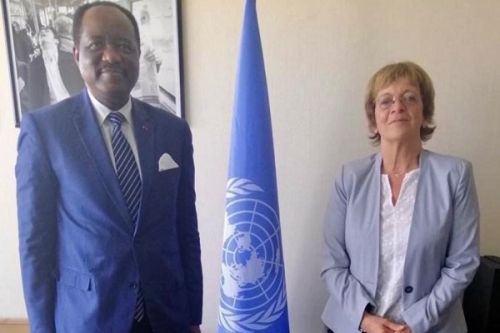 Cameroon to host UN conference on e-commerce next year

The United Nations Conference on Trade and Development (UNCTAD) has selected Cameroon to host the Regional E-commerce Week next year. This was announced after a meeting held on May 26 in Geneva between Ambassador Salomon Eheth, Permanent Representative of Cameroon to the United Nations Office in Geneva, and Isabelle Durant, Acting Secretary-General of UNCTAD.

As revealed by the Ministry of External Relations (Minrex) on its Facebook page, "this choice salutes the contribution of Cameroon to the work of UNCTAD. According to Minrex, which describes the UN Regional E-commerce Week as "the largest event of the United Nations system on e-commerce and the digital economy (...), Cameroon is the second African country to host this event after Kenya. Unlike other regional editions, that of 2022 will be unique, because it will take the place of a global event in the sense that it will replace the one usually held in Geneva.”

Bringing together major companies and various stakeholders in the digital economy, the E-commerce Week is a privileged moment for SMEs promotion. The exact date of the event is yet to be revealed.