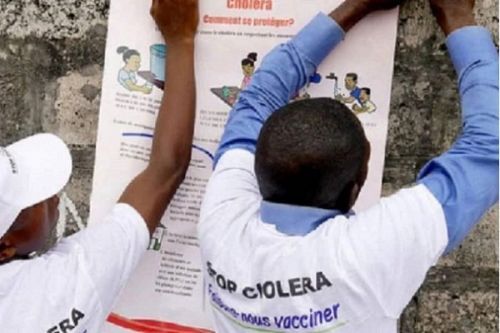 Cameroon is launching a vast vaccination campaign against cholera in the coming days to stop the resurgence of the disease. "A vaccination campaign is being prepared. We are still working on the planning with WHO," sources at the Ministry of Public Health (Minsanté) told SBBC. The campaign mainly targets the Central and Southwest regions where cases of cholera have been reported.

Minister Manaouda Malachie said yesterday Nov 1 that 10 cases of cholera were confirmed between October 27 and 30. Nine cases were confirmed in Ekondo Titi (Southwest) and one case in Yaoundé (Central region). No deaths have so far been reported. According to the minister, convincing people to get vaccinated remains a challenge in this pandemic period.

Last year, at least 1,890 cases of cholera were reported in the country, mainly in the Central, Littoral, Southwest, and South regions. Poor access to drinking water, poor quality of water, and open defecation are the factors that led to the resurgence of the disease.

Manaouda Malachie urged the population to follow good hygiene practices and "go to the nearest health center in case of any suspicious symptom such as diarrhea." He also invited them to "call 1510 for any additional information."