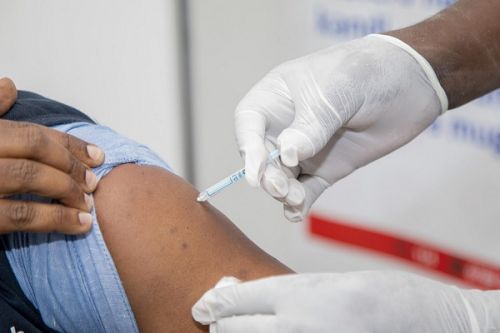 Cameroon plans to integrate the Covid-19 vaccine into routine immunization from 2023, according to the permanent secretary of the Expanded Program on Immunization (EPI), Dr. Shalom Tchokfe Ndoula. The goal is to achieve herd immunity through vaccination, we learn.

During the last campaign held in November, more than 2 million Cameroonians received a dose of the vaccine, a record number since vaccination was launched in the country on April 12, 2021, according to Pev data. "Thanks to the campaign, we are now out of the countries that had vaccine coverage of less than 10%. This is already a good step forward," says Dr. Tchokfe Ndoula. The most important step, he said, is to vaccinate the groups at risk.

"We have already covered more than 80% of health care workers. What remains is the elderly and people living with co-morbidities," he said. On December 14, the World Health Organization (WHO) congratulated Cameroon on the "success" of the campaign, welcoming the "priority" given to at-risk and vulnerable groups.

However, while vaccination coverage is increasing, it remains low. For this reason, health authorities are multiplying campaigns to vaccinate as many people as possible. On December 30, the Minister of Public Health (Minsanté), Manaouda Malachie, prescribed the "reinforcement" of vaccination against Covid-19 in hospitals and vaccination centers to prevent the end-of-year celebrations from being a risk factor for the resurgence of cases, notably through the importation of new variants of the disease.