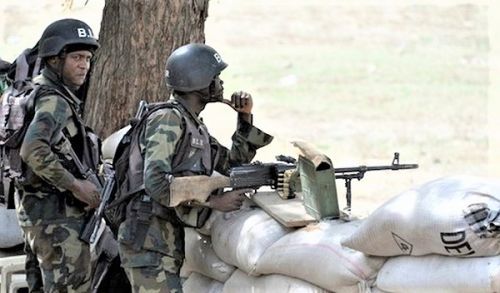 Three soldiers, including a warrant officer, were killed in an attack by Boko Haram on the night of May 30-31 in Hitaoua, not far from the locality of Tourou in the Mayo-Tsanaga department. Three other soldiers were wounded, and four civilians also lost their lives.

Security sources revealed that the attackers burned the army outpost and took military equipment away. The locality of Tourou has often been the scene of fighting between the Cameroonian army and supporters of the Islamist sect Boko Haram.

The first Boko Haram incursion in Cameroon occurred in June 2014. Many attacks have been recorded since then.

While everyday life has resumed in several localities along the border with Nigeria, under the protection of Cameroonian soldiers, Boko Haram incursions continue almost daily in the departments of Mayo-Tsanaga, Mayo-Sava, and Logone et Chari. They target villages, steal livestock, empty granaries, and kill residents.