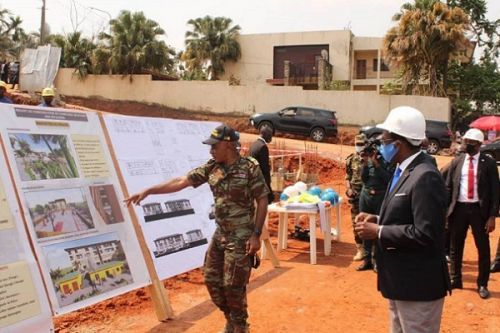 New schools and boreholes (146) built by military engineers have recently been delivered in the Far North. According to the state-owned media Cameroon tribune, the infrastructures were built in 46 villages in the departments of Mayo-Sava, Mayo-Tsanaga, and Logone-et-Chari, which are the most affected by attacks carried out by the terror group Boko Haram.

In 2020, the Ministry of Defense (Mindef) and the Ministry of Basic Education (Minedub) signed a cooperation agreement for the construction and rehabilitation of classrooms in regions affected by terrorism in the Far North.

During the signing ceremony, Mindef Joseph Beti Assomo indicated that the military engineers' intervention would not be for profit. It is the logical continuation of several projects already entrusted by other public administrations to those engineers who have proven their worth.

In the Far North, several schools were destroyed during the Boko Haram attacks. Some were even closed due to insecurity. According to official figures, last year, some 67 schools did not open for school start.

This occurs in a region with one of the lowest school enrolment rates in Cameroon. Indeed, the Far-North is one of the education priority areas (zones selected for special education support to compensate for poor environmental conditions) in the country.