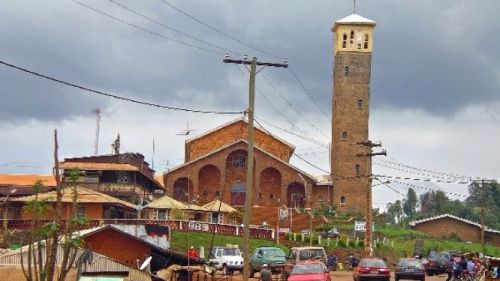 Northwest: 11 teachers kidnapped in a school in Kumbo

On Tuesday, November 3, 2020, at around 10:00 am, an armed group raided the Presbyterian School in Kumbo. From a security source, these unidentified men first abducted students, teachers, and administrative staff of this school located in the department of Bui, Northwest region. But they later released all the students unharmed, administrative sources inform.

According to Elie Smith (a journalist) who quotes an internal source in the board of the Presbyterian Church of Cameroon (PCC), 11 teachers and administrative staff are still being held captive in unknown locations.

An investigation has been opened by the authorities to arrest the kidnappers and release the captives. Given the modus operandi, separatist militias (who are perpetrating horrendous attacks in the Northwest and Southwest) are suspected to be responsible for the kidnapping. The main suspected group is 'Bui Warrior,' a pro-separatist gang led by a certain 'General Isobu' and close to the secessionist leader Sako Ikome.

This incident occurs barely ten days after the Kumba school massacre of October 20, 2020, during which several schoolchildren were killed and 13 others wounded.

Since the outbreak of the Anglophone crisis in 2016, the education sector has become the regular target of separatists who do not want to see schools open. They set schools on fire, kidnap, torture, and kill students and the teaching staff. Some of the luckiest victims are released against ransoms.

The latest murder occurred on October 27, in Bamenda. That day, Keafon Luciano Sunjo, an educational adviser, was cold-bloodedly killed.

In October 2020, when the new school term started in Cameroon, at least ten teachers were kidnapped in the Northwest. According to Jack Bessala (president of the Collective of Indignant Teachers) who made the estimate, several people still being held captive were abducted in their respective schools.