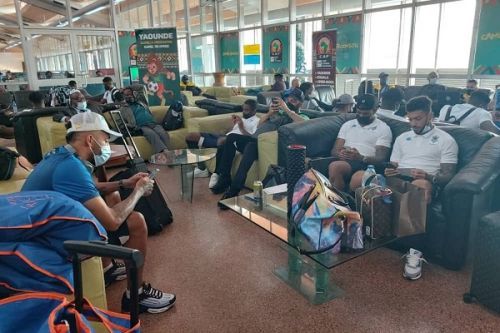 AFCON2021: Gabon receives a request for explanations over players’ refusal to stay in approved hotels

The Confederation of African Football (CAF) is expecting Gabon to submit a detailed report on why its delegation for the upcoming African Cup of Nations lodged in a hotel other than the one booked for them. The delegation was supposed to lodge at Hotel La Falaise in Yaoundé but they declined, and finally lodged at the Star Land hotel, a lodging institution unapproved by the CAF. The refusal to lodge at Hotel La Falaise was extensively commented on by internet users after a video showing Gabonese leaving La Falaise for Star Land went viral.

On January 6, CAF served a request for explanations to the Gabonese Football Federation (Fegafoot) over the "violation of CAF regulations and guidelines.” In the request for explanations seen by Stop Bla Bla Cam, Raymond Hack, chairman of the CAF disciplinary panel, informed that on August 16, 2021, the list of training grounds and lodging hotels was sent to each participating team. He then informed that the hotels approved by the CAF were selected based on several factors, including the security and safety measures in place in those hotels.

CAF also explains that on January 4, 2022, the Fegafoot sent a letter stating that the Gabonese delegation would lodge at Star Land instead of the La Falaise initially planned. The Fegafoot was notified with brief explanations (via mail) of the CAF’s decision of rejecting the Star Land choice, we learn.

However, the Gabonese delegation went against the CAF decision and lodged the team at Star Land, Raymond Hack continued in his correspondence.

Therefore, the Fegafoot was expected to send the explanations stating the reasons that prompted its actions by 11 am today Friday, January 7. In a release published on the evening of January 6,  Fegafoot explained that Hotel La Falaise was not equipped with all of the amenities required for high-level athletes. Star Land is booked for the Gabonese players throughout the football event, it added.

"Gabon has agreed to lodge the other non-statutory members of the delegation at Hotel La Falaise. The staff of Gabonese media who came from Dubai will also lodge there," the release claimed.

The Gabonese delegation arrived in Yaoundé, last Thursday morning aboard a special flight from Dubai, where the team was training for the AFCON.

They were expected for Wednesday but the players refused to board the plane for Cameroon if their bonuses were not fully paid.

Let’s note that according to the Fegafoot, tested upon arrival in Cameroon, captain Pierre-Emerick Aubameyang, Mario Lemina, and assistant coach Anicet Yala were positive for Covid-19 and quarantined.