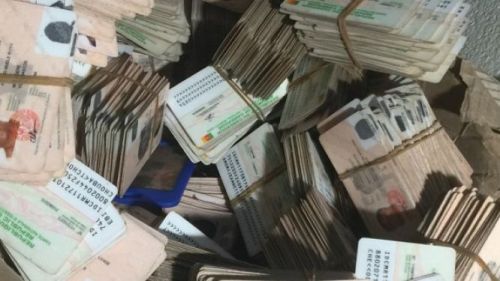 The regional delegate for National Security in the South, Divisional Commissioner Hubert Nicolas Zo'obame, reported yesterday that 25,000 national IDs are waiting to be collected by their owners in the region’s police stations. He said most of the IDs have even already expired without ever having been collected.

In addition to IDs, Hubert Nicolas Zo'obame said many passports are also waiting to be collected. This problem was denounced in September 2021 by the General Delegation for National Security (DGSN), which revealed that more than 500,000 CNIs were abandoned in police stations across the country. Ironically, the DGSN made this statement at a time when police services were experiencing a backlash over complaints of delays in issuing identity documents. This situation had even prompted a protest movement on social media under the hashtag #JeVeuxMaCNI (I want my identity card), initiated by a member of the Cameroonian Party for National Reconciliation (PCRN).