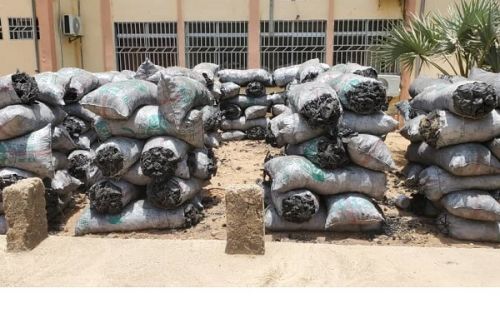 The Ministry of Forests and Wildlife announced on April 5 that its services in the Far North seized two trucks carrying more than 350 bags of green charcoal. The operation took place in two villages located between Mora and Waza.

Jean Robert Onana, the ministry's communications officer, said the operation was carried out as part of the fight against logging. “These massive and anarchic cuts of trees have the immediate consequence of increasing the heat,” he said.

However, logging represents the only source of income for the region's populations. In 2017, for example, a study supported by GIZ found that "the annual market value of the fuelwood value chain in the far north region amounts to 869,519 tons of wood annually, or one million m3 valued at CFA33.5 billion."

To curb the phenomenon, GIZ has funded a four-year program (2018-2022) on sustainable wood energy production. The program, which cost CFA9 billion, focuses in particular on the import of firewood from the eastern region.