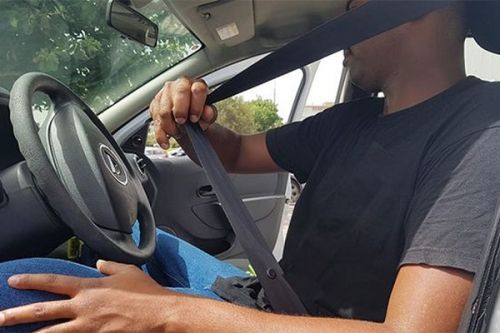 The Cameroonian Minister of Transport, Jean Ernest Ngalle Bibehe, issued a notice making seatbelts compulsory on the country’s main roads. Every passenger in a car or bus must buckle up, the official said.

Only those with a "serious" medical contraindication are exempt from this decision. This requirement is not new. A note signed by Jean Ernest Ngalle Bibehe on August 10, 2021 already reminded transport company promoters to install "functional seat belts in vehicles for all passengers, and to ensure that they are worn by the latter during travel, per Order No. 003965/A/MTPT regulating the mandatory wearing of seat belts in motor vehicles.”

This note, which also required the promoters to respect minimum travel times, was related to the increase in traffic accidents. Even last week, five people died on the Yaoundé-Douala highway, a few kilometers from the town of Edéa, in the Sanaga-Maritime department.

Five others died in an accident involving a Buca Voyages bus, a Dovv truck and a semi-trailer near Boumnyebel in the Nyong-et-Kelle department.